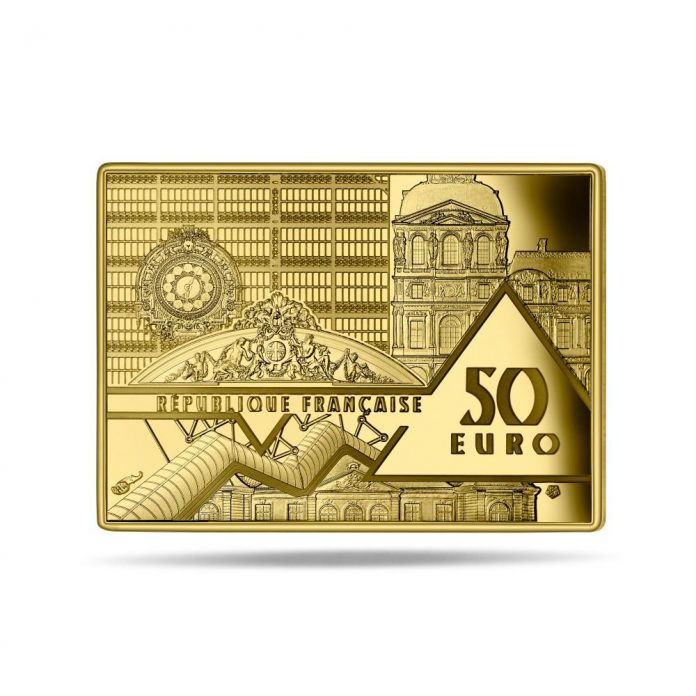 Traditionally September in Johannesburg is a month of creativity when art fairs, galleries and artists collaborate in celebration of art. The year 2020 will be remembered like no other, with just about everything turned upside down, including the art world. Fortunately, the creative economy has responded with virtual fairs, online auctions and speciality curated exhibitions accessible from phones and laptops, allowing art lovers still to get their fix, invest and collect.

Coinciding with these creative catalysts is the launch of theMuseum Masterpiecesgold coin collection from The South African Gold Coin Exchange & The Scoin Shop. This specially curated set crafted by Monnaie de Paris highlights major works created or exhibited in France each year. Monnaie de Paris is France’s longest standing institution and strikes the euro coins in circulation for France, as well as coins for other foreign currencies. 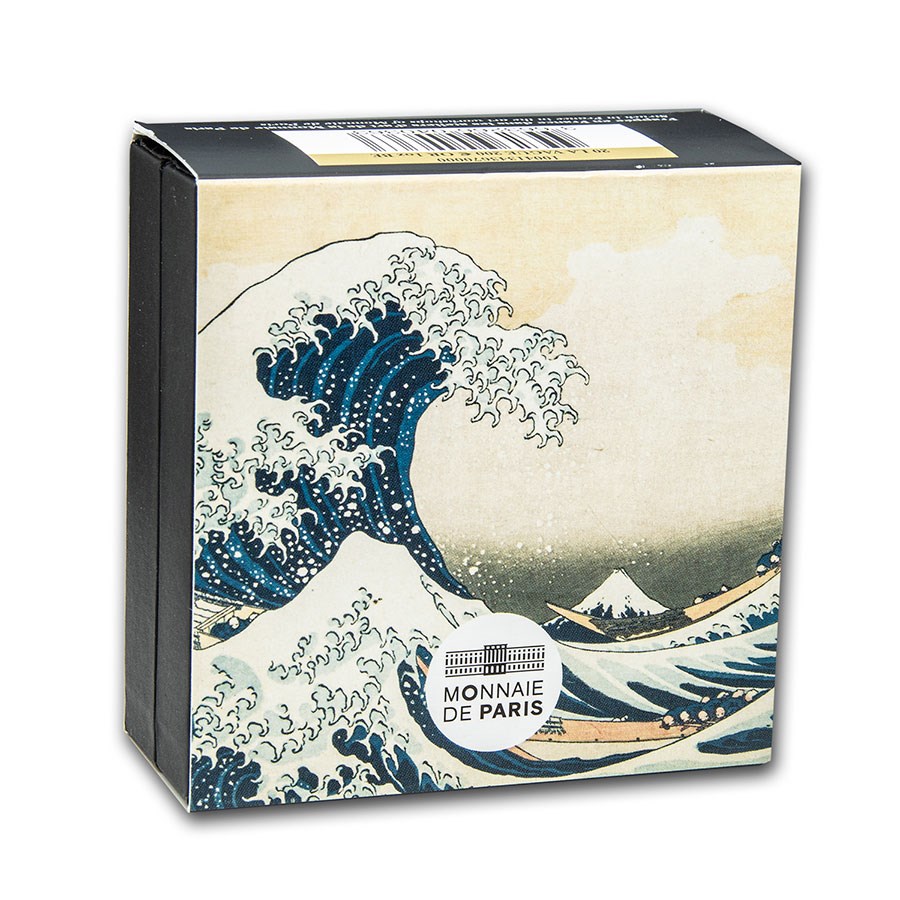 The South African Gold Coin Exchange & The Scoin Shop are the market leaders in buying and selling gold coins – from investment Krugerrands to rare coins and collectable modern numismatics and are the exclusive distributor of Monnaie de Paris’Museum Masterpiecescollection. These uniquely square-shaped coins are made of .999 fine gold and have a scarce mintage of only 1,500, making them rare and highly sought after.

The collection features three coins. The square design is unusual, attention-grabbing and challenges the norm for coins, which in most cases is round. Art enthusiasts and coin collectors have three designs to choose from:The Self Portrait; The Wave and Guernica.The square shape is reminiscent of an actual framed artwork.

Rael Demby, COO of The South African Gold Coin Exchange & The Scoin Shop says “Wehave a great appreciation of the importance of these three works. It is a thrill to see these pieces brilliantly reproduced on square gold coins. Most art collectors can’t add a Van Gogh, Hakusai or Picasso to their collections but they can own a mini-masterpiece with any one of the Museum Masterpieces gold coins”.

The Dutch Impressionist painter Vincent Van Gogh produced over 30 self-portraits between 1886 and 1889. Van Gogh did not have funds to pay models to pose for paintings, nor did he have many people commissioning him to do pictures, so Van Gogh painted his portrait to develop his skills as an artist. He produced his self-portraits because he wanted to practise painting people. Whilst in an asylum in Saint-Rémy de Provence he painted many of his most celebrated works including three self-portraits. One of the most famous, self-portraits from his Saint-Rémy-de-Provence period, is exhibited at the Musée d’Orsay in Paris and is calledSelf Portrait ( with Straw hat). 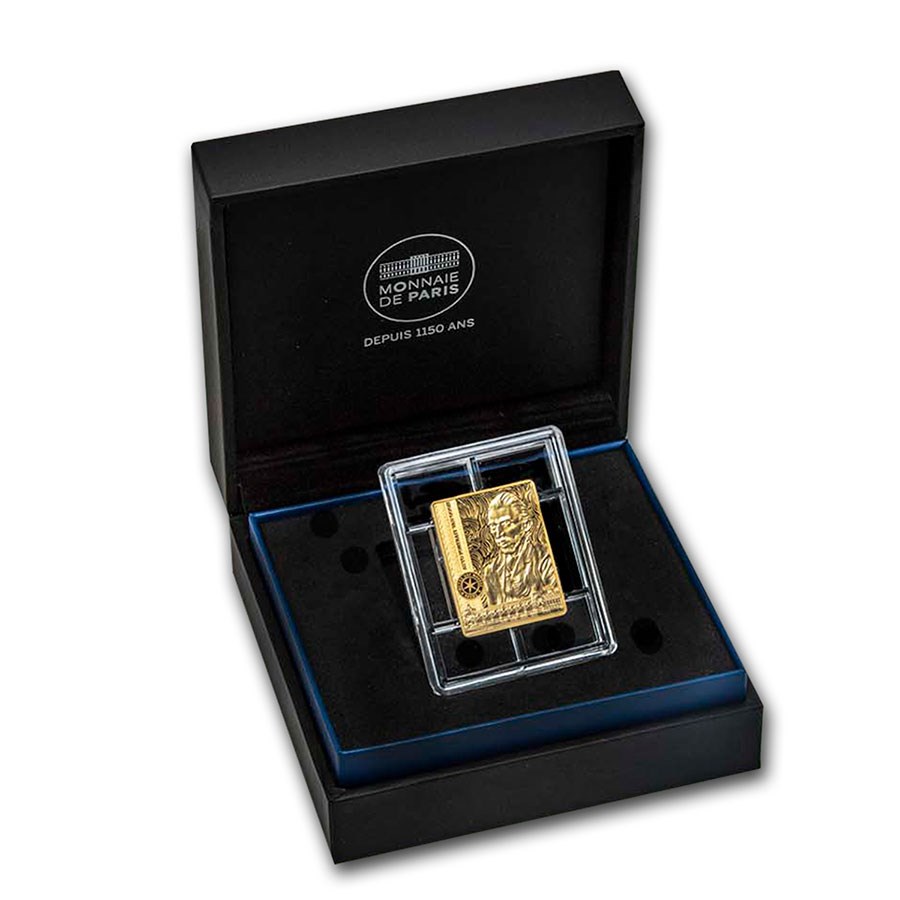 The Great Wave off Kanagawa, also known asThe Great Waveor justThe Wave, is a woodblock print by the Japanese ukiyo-e artist Hokusai. It was published sometime between 1829 and 1833, as the first print in Hokusai’s seriesThirty-six Views of Mount Fuji. Ukiyo-e is a genre of Japanese art that is sometimes referred to as “pictures of the floating world”. Ukiyo-e artists express themselves through the techniques of woodblock prints and paintings. Hokusai has been credited with influencing the direction and development of Western art, and this can be seen in in the works of Degas, Monet, Gauguin and Whistler, as well as in the development of Art Nouveau in Europe. The Waveis reproduced in its entirety on the face of the coins, accompanied by an interior view of the nave of the Grand Palais, which hosted a retrospective of Hokusai’s work in 2014.

Pablo Picasso created his large oil painting titledGuernicain 1937 at his Parisian home. This work was a response to to the bombing of Guernica, a Basque town in northern Spain, by Nazi Germany and Fascist Italy at the request of the Spanish Nationalists. It is recognised as one of the most powerful anti-war paintings in history and has earned the reputation of one of Picasso’s most well-known works.

The South African Gold Coin Exchange was established in 1972 and is backed up by 12 branches of The Scoin Shop as well as an online shop www.scoinshop.com. Look out for The Scoin Shop in the following upmarket shopping malls Brooklyn Mall, Sandton City, Walmer Park, Eastgate, Rosebank, Somerset West, Mall of the North, Gateway, Liberty Midlands Mall, The Glen, Pavilion Mall and Canal Walk. 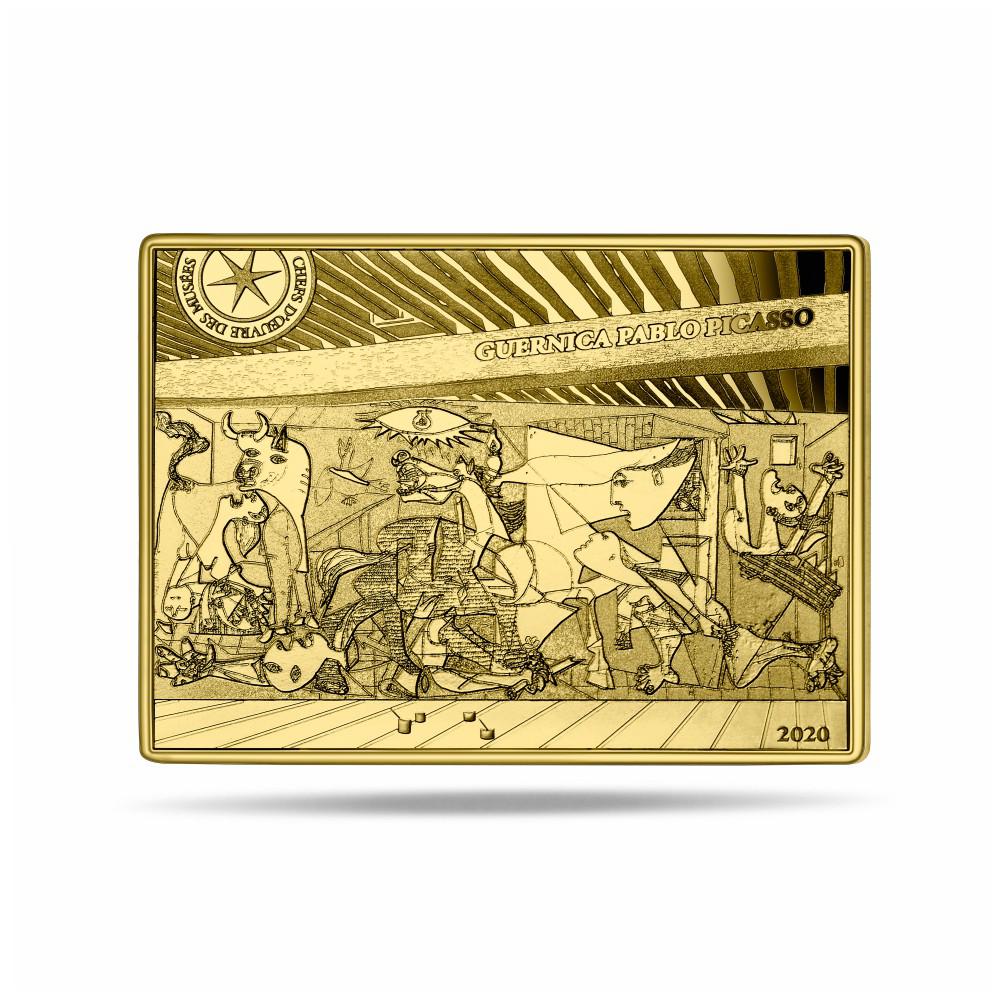 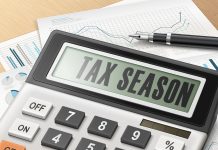 Last Chance for SA Expatriates to come clean with SARS

SARS is Aware of Your Offshore Assets