A simple refreshing drink without complication

Gin, the quintessential British drink previously drunk by soldiers, tennis fans and housewives has seen a massive revival in the rise and culture of this juniper-based alcohol. There is an overwhelming choice of Gin to choose from often making us forget just how good a classic GnT is.

Just about anything can be added to make a Gin cocktail but on the 19th of October it is International Gin and Tonic Day so why not celebrate with a classic – no fluff needed? Whether you order it at a bar or make it at home. A classic gin with a classic tonic deserves its day to be celebrated.

Wixworth Gin has been produced by taking age old recipes, learning from the past origins and infusing it with Renosterbos to make it a truly South African Classic Dry Gin. A classic, originally created.

Garnish with a wheel of lime

Serve in any glass you like and read a little about the history of Gin.

The History of Gin

With the rise of craft Gin culture in South Africa many Ginthusiasts don’t know the long and rich history that this classic spirit has had.

First created in Holland in the 17th century as a form of medicine called Genever (Dutch for Juniper) and was very different to the usually clear spirit that we’ve come to know and love as Gin today.

During the Thirty Years War, British soldiers fighting on Dutch land discovered it and nicknamed it ‘Dutch Courage’ because the fearless Dutch army all received a Gin ration they would drink before going into battle.

After having landed in England it spread like wildfire and by 1720 it was estimated that as many as a quarter of households in London were making their own Gin.

Skip forward several decades by the mid 18th Century every second person was making their own in a bathtub and flavouring it with turpentine the ‘Gin Craze’ began, out of which the term ‘Mother’s ruin’ was born.

British officers in India in the early 19th century took to adding a mixture of water, sugar, lime and gin to the quinine in order to make the drink more palatable, thus gin and tonic was born.

Cheers to a classic! 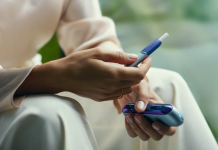 IQOS Heating System: A Closer Look at the World’s Most Advanced Smoke-Free Device 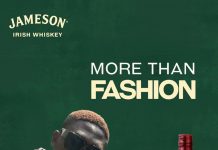 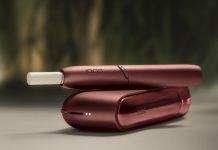 What is Heated Tobacco? An Innovative Way to Enjoy Nicotine

Luxury Houseboats, Shayamanzi 1 & 11 are waiting for you to...