But there is even more to this lush hideaway in Limpopo than world-class eco-tourism and luxury lodges. It is also the site of many ongoing conservation efforts, including the imminent introduction of 45 disease-free African buffalo to the area.

A donation from local landowner, Antony Rogers, will see 45 animals from the herd on his property introduced into the GMNR’s newly established population. This will bolster previous conservation efforts from aha Hotels & Lodges and GMNR.

It all began little under a year ago, when a strategic breeding effort 10-years in the making finally came to fruition. aha Makalali Private Game Lodge and GMNR had banded together to breed buffalo free of bovine tuberculosis (BTB) and Foot-and-Mouth disease (FM), which seriously threatened the great African Buffalo population.

To eliminate the disease, a 400-hectare buffalo camp on the borders of Greater Makalali was established, as were isolated breeding pockets outside the Kruger Park system and associated areas. And at a time in history where humanity has become all the more familiar with the risk of contagious illnesses, these conservation efforts somehow seem even more relevant than before.

In June 2019, the fences around the buffalo camp came down, and after more than half a century of absence from the area, a disease free herd was released into the GMNR, boosting the national buffalo population.

Since the initial release of the herd of 42, the population has grown to around 60, who roam far and wide throughout the expanse of the reserve. And to date, there have been no documented recordings of any buffalo killed by predators, despite many interactions with lions.

Now, the population is set to grow by considerably more, thanks to Antony Rogers’ donation of 45 buffalo, who are being introduced in two increments. On Wednesday, 6 May 2020, the first 25 buffalo were translocated from Rogers’ property near Tzaneen to a holding boma on the reserve.

Within the coming weeks, the remaining 20 animals will also be translocated to the boma, and once the herd has settled, they will be released into the greater reserve to start their new lives.

Gary Elmes, Chairman of the Greater Makalali Private Game Reserve, said, “As little as a year ago, we would have thought it was unprecedented that our buffalo herd would grow to over a hundred animals. Antony’s efforts have made a huge impact on our ecosystem here at the reserve. We look forward to seeing these animals flourish.”

aha Hotels & Lodges CEO Graeme Edmond said, “We are all very excited to be able to grow our buffalo population and we thank Antony for his generosity. This is some much-needed good news in a time that’s been uncertain in many ways. We really look forward to more buffalo sightings in the reserve when we open up to guests soon. It adds a whole new dimension to the experience.”

For more information about aha Hotels Makalali Private Game Lodge, to make a booking, or browse many more options, please go to www.aha.co.za 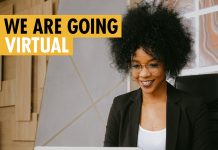 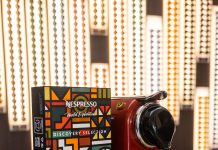 If Cape Town Were A Coffee, What Would It Taste Like? 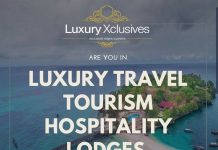 A Call for Hotels, Lodges and the Hospitality Industry

Does Your Sanitiser Guarantee Your Protection Against SARS-CoV2?

If Cape Town Were A Coffee, What Would It Taste Like?

A Call for Hotels, Lodges and the Hospitality Industry