Commanding portrayals of women by a diverse artist list that includes Nandipha Mntambo, Alexis Preller and Irma Stern are among the highlights of Strauss & Co’s forthcoming live-virtual sale in Johannesburg. Due to be held over three consecutive days in May, the sale includes some noteworthy rarities: an extraordinary pre-exile casting by Dumile Feni, very rare oil study by landscape painter JH Pierneef linked to his iconic 1929 Johannesburg Station panels, and a 1998 drawing from the very first opera directed by William Kentridge. 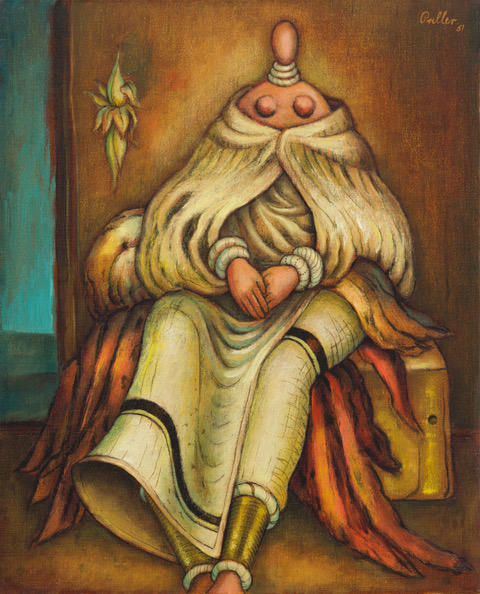 The autumn sale commences on Sunday 16 May with a session devoted to a single-owner collection of fine wines from Bordeaux, Burgundy, Alsace and Champagne. A dedicated contemporary art session on Monday 17 May features impressive lots by acclaimed living artists such as Deborah Bell, Helen Sebidi, Michael MacGarry, Athi-Patra Ruga and Penny Siopis. The sale concludes on Tuesday 18 May with a session containing works by leading South African and international artists, among them Bernard Buffet, Peter Clarke, Adolph Jentsch, Sydney Kumalo, Dylan Lewis and Anton van Wouw. 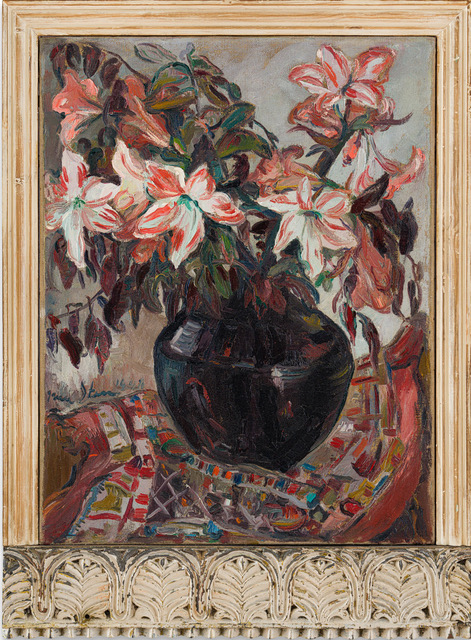 Strauss & Co executive director Susie Goodman says: “We have put together a solid catalogue of terrific works by important modern, post-war and contemporary artists. The sale includes outstanding oils by J.H. Pierneef, Alexis Preller and Penny Siopis, as well as significant bronzes by Lynn Chadwick, Sydney Kumalo and Edoardo Villa. During this period of restricted travel, especially across international borders, we have given careful attention to the format and presentation of this sale in order to best serve our global client base. The sale will feature an enhanced digital capacity that will enable remote buyers to dynamically engage with our superb offering.”

Alexis Preller’s two oils depicting traditional Mapogga (Ndebele) women both date from 1951. Starting in 1950 Preller fixated on depicting Mapogga women in a stylized manner. Grand Mapogga II (estimate R4.8 – 5 million) is typical of his symbolic and poetic transformations of Mapogga matriarchs into totemic presences. Mapogga Terrace (estimate R3.8 – 5 million) forms part of a small group of Ndebele village scenes executed in the early 1950s and presents its three subjects, all women, as scribes and custodians of traditional knowledge and values. 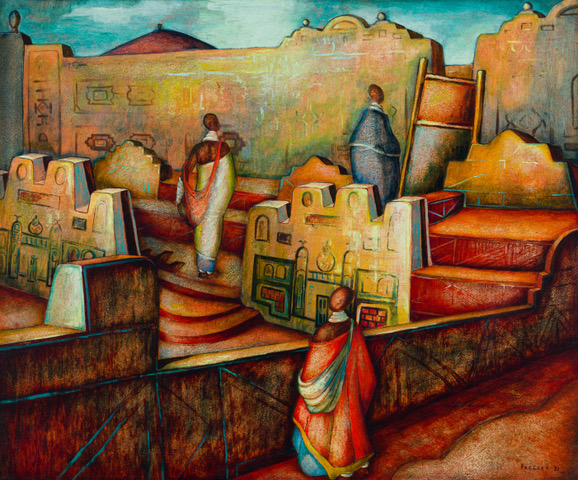 The catalogue for this sale includes fives pictures by Irma Sterm. Three African Women (estimate R4 – 5 million) is a tightly framed study of a trio of amaMfengu (or Fingo) women that the artist likely encountered during her little documented 1941 trip to the Eastern Cape, then known as Pondoland. Still Life with Lilies (estimate R6 – 8 million) dates from 1948, the golden age for works in this genre, and features a favourite flower displayed in a late-19th century Chinese storage jar thought to have been acquired in Zanzibar. The Yellow Hat (estimate R5 – 6 million) is a colour-drenched portrayal of a young man wearing a sou’wester rain hat. Stern frequently shuttled between South Africa and Europe by boat and developed a lifelong interest in depicting the traditions and labours of seafaring cultures. 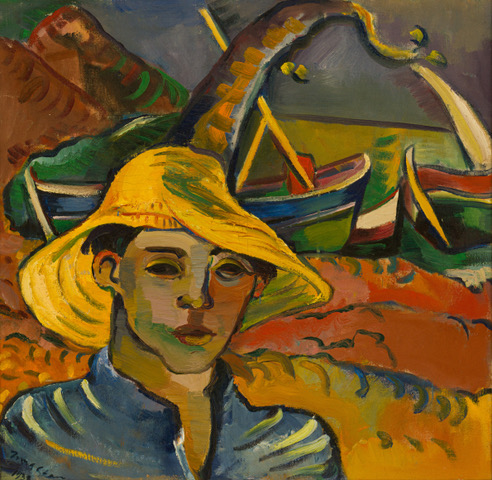 The human figure is also a key subject of the sculpture lots. Sydney Kumalo’s magnificent bronze sculpture Saint Francis (estimate R1.2 – 1.8 million) is one of the artist’s most prized works. The sculpture portrays the Christian saint who renounced a life of wealth and privilege to devote himself to serving the poor and vulnerable. The brilliance of Kumalo’s bronze rendering is the outcome of his conflation of Christian and African symbolism. 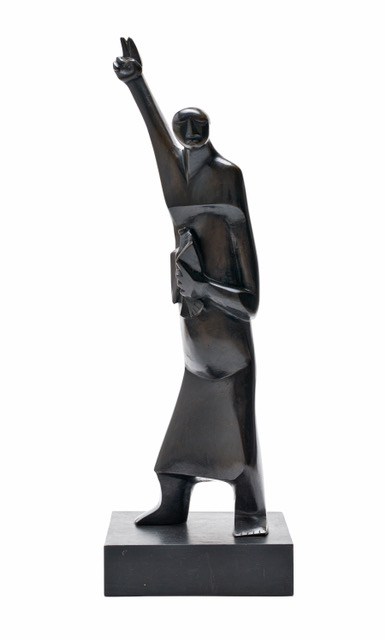 Other notable figurative bronzes in the sale include Dumile Feni’s Anguished Woman (estimate R200 000 – 300 000), four castings of which were produced late in 1967 or early 1968. Two examples of this work are in the collections of the University of Fort Hare and Norval Foundation.  Nandipha Mntambo’s maquette for her well-known bronze Minotaurus (estimate R160 000 – 180 000) is one of two such preliminary studies, the other being English sculptor Lynn Chadwick’s Walking Couple (estimate R650 000 – 800 000). 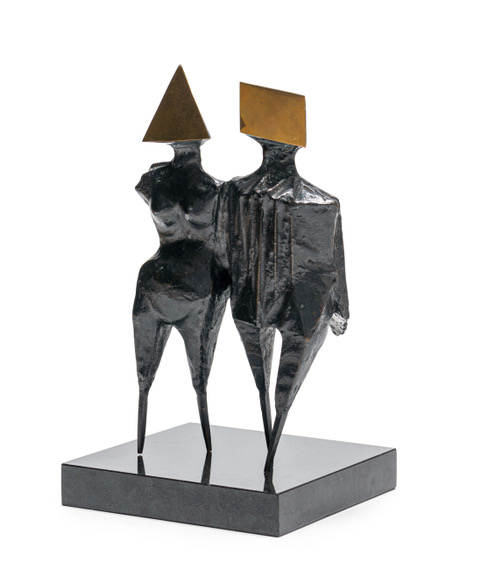 William Kentridge, a son of Johannesburg, has a large collector base in his hometown. This sale includes 14 lots by this celebrated resident of Houghton. Depicting the ruins of the Baths of Caracalla in Rome, Untitled Drawing for Il Ritorno d’Ulisse (estimate R5 – 6 million) was one of roughly 40 drawings that Kentridge made for the very first opera he directed, Il Ritorno d’Ulisse, commissioned by the organisers of the Kunsten Festival des Arts in Brussels in 1998. Refugees (You Will Find No Other Seas) (estimate R600 000 – 800 000) is an aquatint etching depicting a rowing boat overloaded with figures. Made from 36 brass plates, this ambitious Kentridge print is a translation of an earlier ink wash drawing. Untitled Drawing for Mango Groove Music Video (Crowd and Megaphone) (estimate R800 000 – 1.2 million) depicts a key scene in the Kentridge-directed music video for Mango Groove’s 1993 song Another Country, with a banner-carrying crowd assembled around a tower topped with a megaphone. 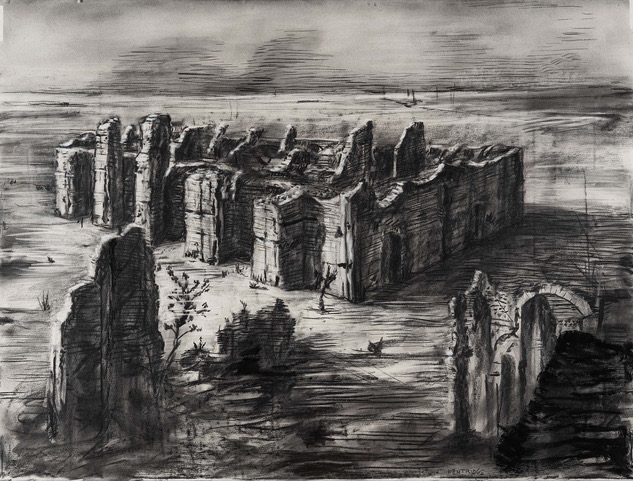 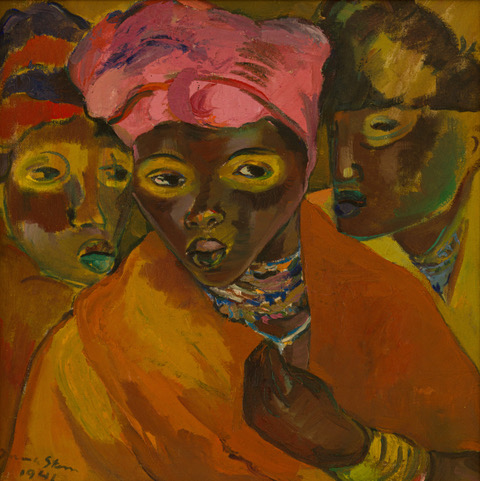 The highlight of the six Pierneef lots is undoubtedly his Study for Klipriviersberg, Alberton (estimate R1.8 – 2.4 million), an oil on board linked to the artist’s landmark commission to paint 28 decorative and grand landscape panels for the newly-built Johannesburg Railway Station. The present lot, which shows an old, stone and red-roofed Transvaal house, is a very rare oil study related to this commission. 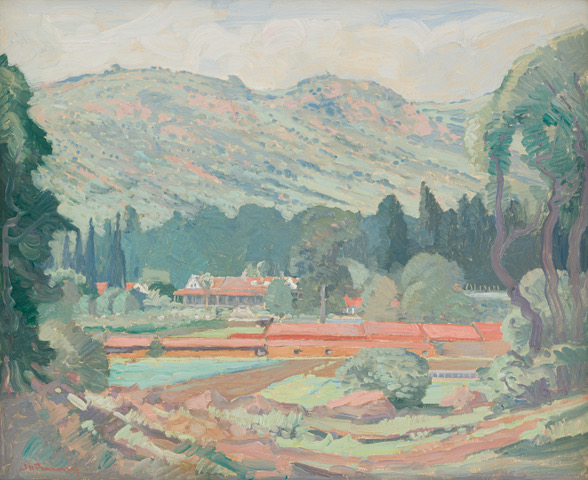 “Painted quickly, with confidence and swagger, the surface has a gorgeous and swirling arrangement of olive and lime green, across which cut streaks of pink, brown and terracotta,” says Dr. Alastair Meredith, a senior art specialist at Strauss & Co and head of the art department. “The painting is the precursor of the famous Klipriviersberg, Alberton panel shown in Johannesburg Station after 1932. This is a rare opportunity for collectors to acquire a marvellous picture directly related to Pierneef’s best-known work.” 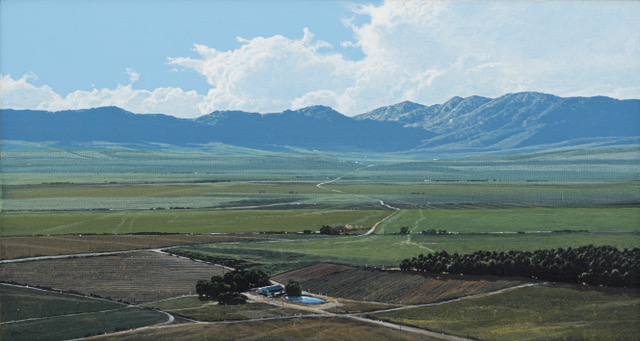 The majesty and complexity of the South African landscape continues to occupy contemporary artists. The final session of the sale spotlights two preeminent landscape painters: John Meyer and Keith Alexander. John Meyer’s impressive body of work, built up over half a century and on-going, has made him the doyen of the realist movement in southern Africa. Strauss & Co is pleased to offer four lots by this artist, including The Golden Gate from 1988 (estimate R700 000 – 900 000). Over a relatively short career of 25 years, Keith Alexander created an equally impressive oeuvre of immediately recognisable and psychologically powerful photorealist paintings. Produced over seven years, Epitaph from 1996 (estimate R800 000 – 900 000) depicts a gemsbok astride an empty plinth in a ruined classical landscape. 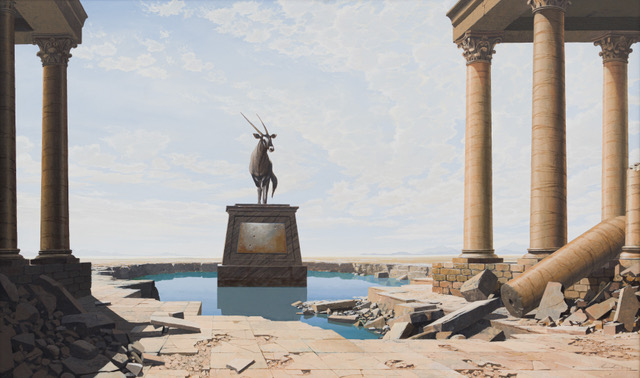 Strauss & Co’s second marquee virtual live sale of 2021 will commence on Sunday 16 May and conclude on Tuesday 18 May. The sale will be livestreamed from Johannesburg to bidders across the world, with the option of in-person bidding at Strauss & Co’s offices in Houghton. Covid-19 safety protocols apply throughout. 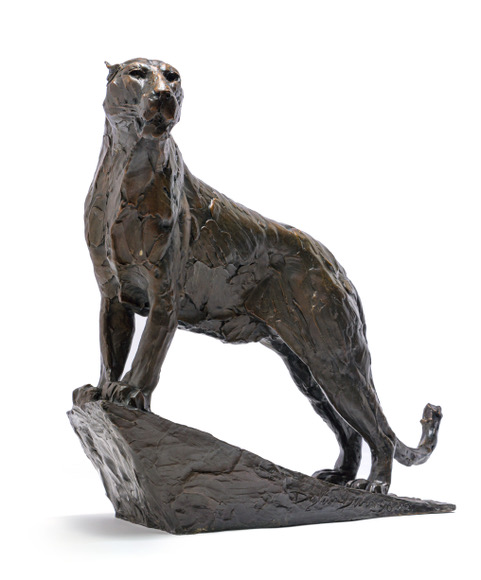 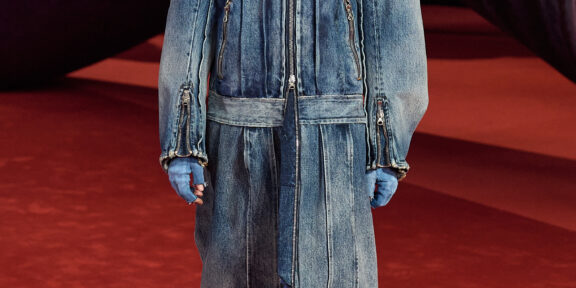 South Africa, Disruptive, sexy, fluid, fun – this is Diesel for Fall/Winter 2022, this is… 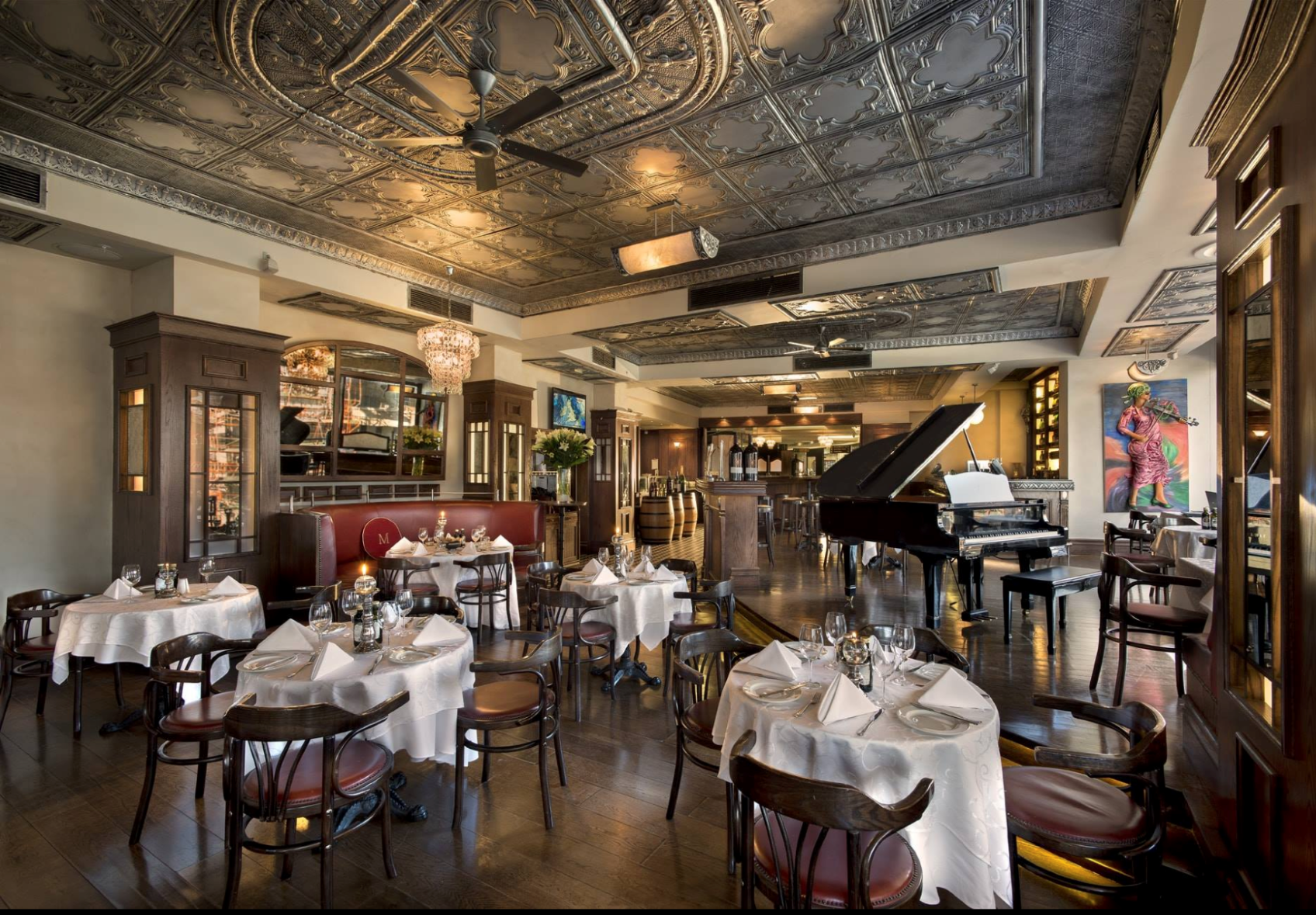 Showing those we love how much we care about them has taken on even greater importance during this pandemic.…

Double win for hansgrohe: On 7 October 2019 at the Expo Real trade show in Munich, the premium brand…

Are you looking to create truly exceptional holiday memories? Whether you want to try something new…

From South Africa to Dubai, the French Champagne House brought people together in glamorous celebration… 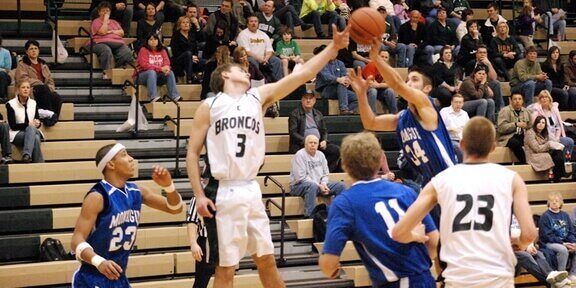 Serbia up to third in FBA

It’s a just reward for the Serbian national team, who travel up to third in the rankings which were…

Great hotels unbeatable deal is a television show on the 24h News Travel Channel. The show, hosted by… 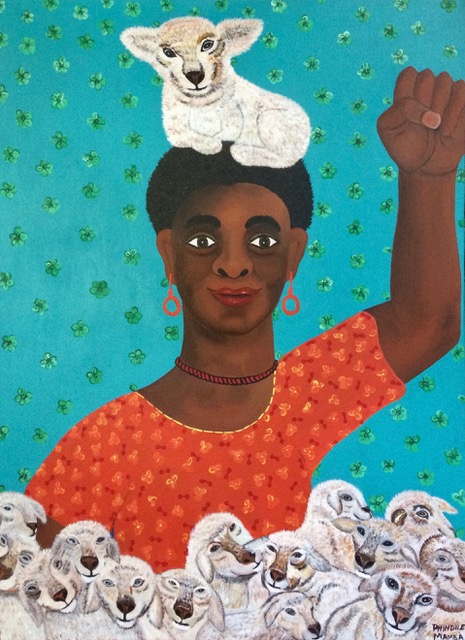 The Make-Up Trends Showing Face in 2021