Two new distinctive flavour-forward Single Malt whisky’s, The Benriach Twelve and The Smoky Twelve are now available in South Africa from the Benriach Distillery, located in Speyside in Scotland. A new look for the Benriach brand coincides with the launch, inspired by the distillery’s creative heritage.

Known for its long-standing tradition of distilling classic, peated and triple distilled whisky and a vast eclectic cask inventory sourced from around the world, the new single malts have been artistically crafted by Master Blender Dr. Rachel Barrie and her team.  Displaying the diversity and versatility of Benriach’s orchard fruit-laden style, this new range spans the full spectrum of whisky flavour. 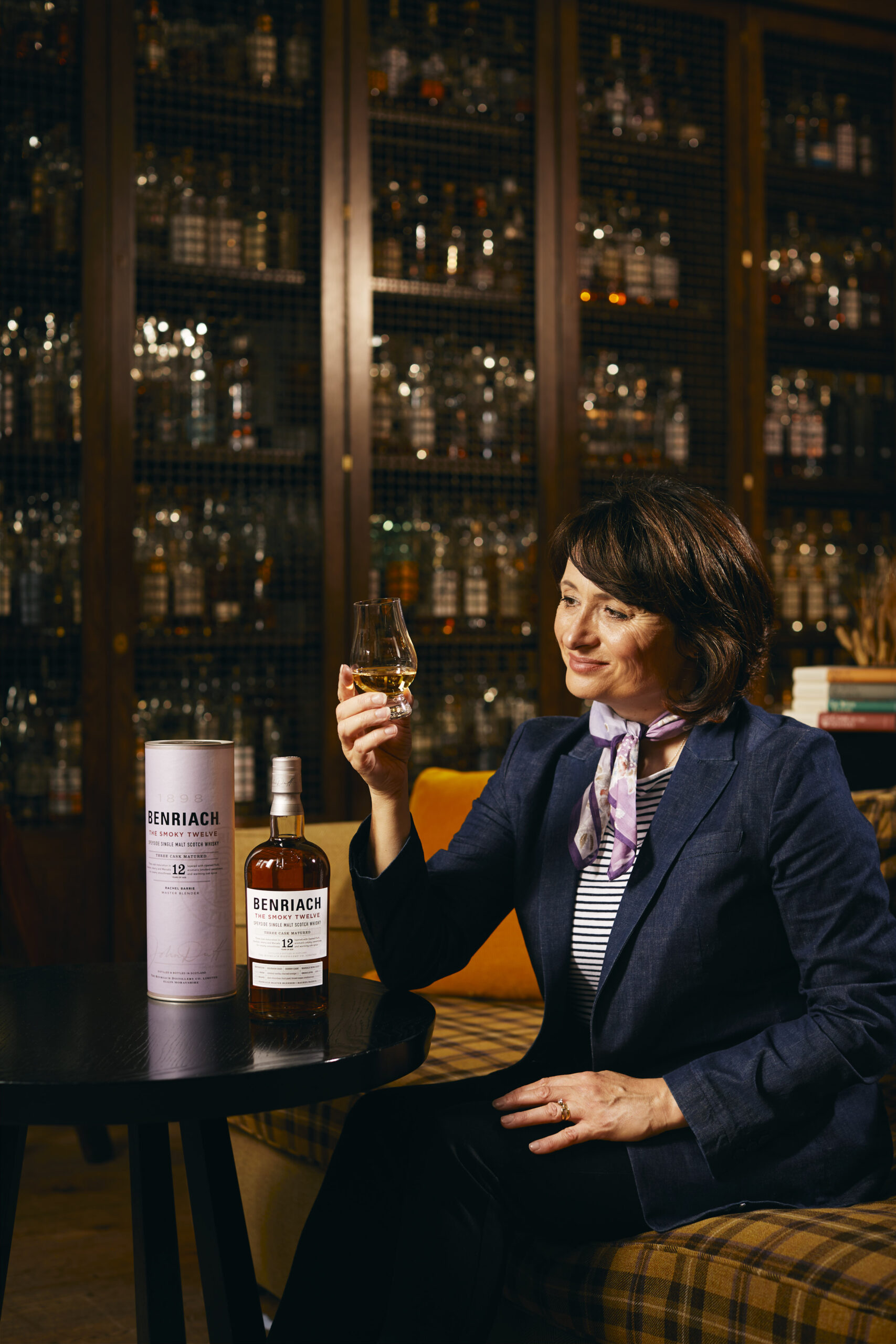 The new packaging takes inspiration from the first Benriach Single Malt released over two decades ago, with the portfolio’s colour palette inspired by Speyside’s natural environment in which the distillery sits.

​“The new range perfectly marries tradition and innovation that is central to Benriach’s story,” says  Benriach Master Blender, Dr Rachel Barrie. “Inspired by the 1994 bottling of the Original Ten, with its fruit-laden complexity and smooth, rounded taste, the new range re-imagines the 1898 origins of Benriach, brought to life in the 21st century through fusing distilling styles with extraordinary casks.” 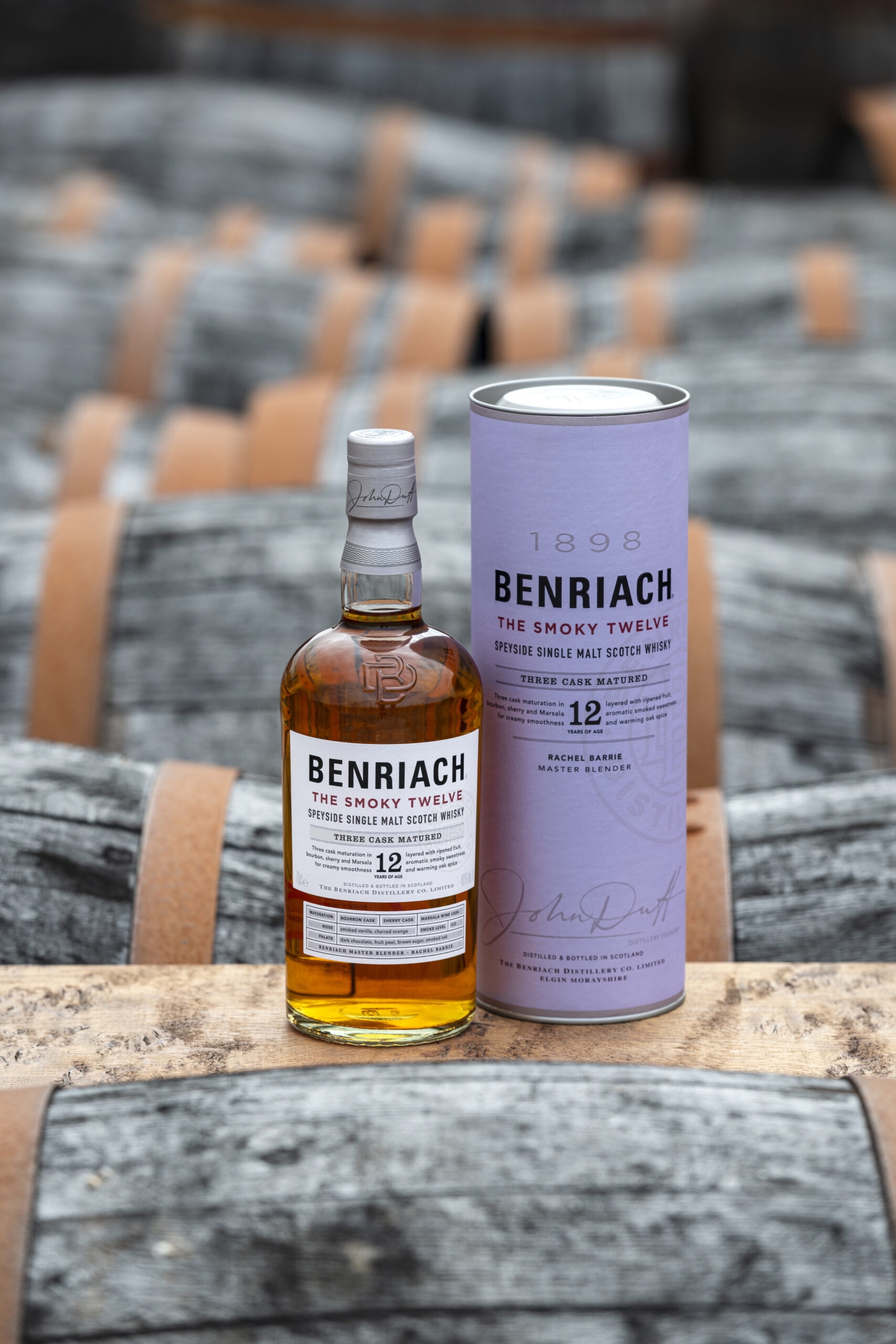 “The new Benriach range is for those open to new possibilities, building on a wealth of experience and tradition. Join in on this creative journey, as we explore the rich rewards of Single Malt whisky.”

The extraordinarily sweet smoky whisky distilled in the distillery’s smoke season features in the new Benriach 12 and Smoky Twelve Year Old expressions. Both have their own flavour palette, created by maturing in bespoke oak casks, interwoven with Benriach’s hallmark sweet smoke.

The Twelve remains a sherry rich single malt, building on the legacy of Benriach expressions released at this age using predominantly sherry cask maturation. The addition of port cask maturation to this new recipe has intensified notes of baked fruits.

To make Benriach Twelve, Benriach unpeated spirit is three cask matured for at least twelve years in sherry casks, bourbon barrels and port casks. The whisky from each cask is then expertly married together to create a smooth, sherry-rich single malt layered with baked fruit, maple honey and cocoa, perfectly  balanced with a lingering sultana and spiced mocha finish.

The Smoky Twelve – Creamy smoothness with aromatic layers of smoke

Benriach The Smoky Twelve has been crafted from a combination of unpeated and peated spirit and three cask matured for at least twelve years in bourbon barrels, sherry casks and Marsala wine casks. The whisky from each cask is then expertly married together to create a smooth, creamy single malt, layered with ripened fruit, aromatic smoky sweetness and warming oak spice, lingering into a cocoa and orange smoke finish, all in perfect balance. 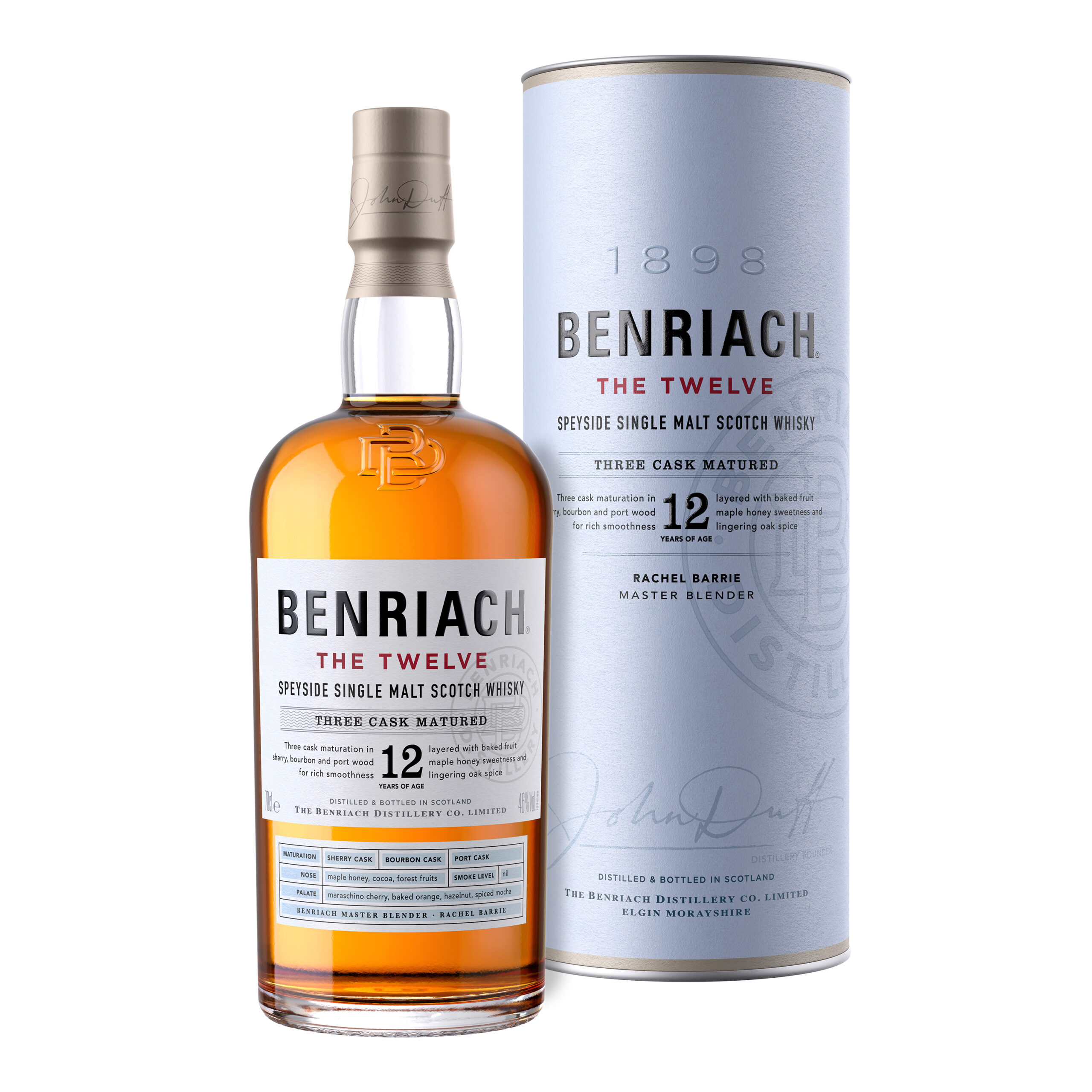 A Speyside Single Malt Scotch Whisky as intriguing and extraordinary as Benriach could not have come to be without a unique whisky making heritage, dating from 1898, when founder John Duff built his distillery in Scotland. Ruggedly beautiful, Benriach stands on the site of the old Riach farm in north Speyside, drawing water from a mineral-rich aquifer, deep beneath the distillery.

Thanks to a long-standing tradition of distilling three styles of whisky; classic unpeated, Highland peated and triple distilled, together with an eclectic selection of casks from around the world, our whisky makers are able to explore the full flavour possibilities of Single Malt, creating some of the richest, most multi-layered whiskies in Speyside.

This tradition continues today, under the guidance of Master Blender, Rachel Barrie. Benriach  is the story of a hidden Speyside gem, quietly revealing its treasures to be discovered and savoured.

Not for sale to persons under the age of 18. Crafted carefully. Enjoy responsibly. 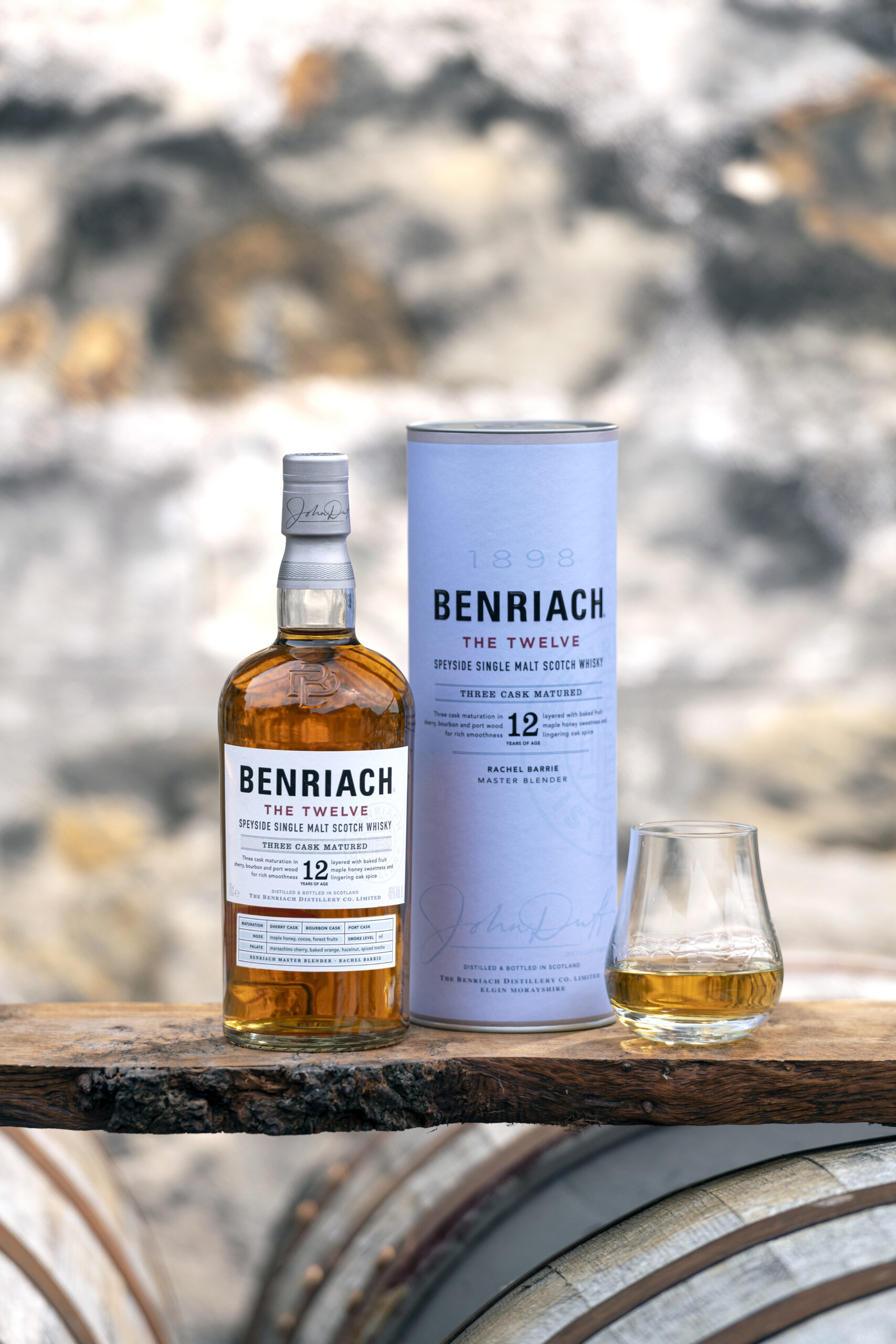 Current conditions on Earth and in space mean stargazers will have chance to see the lights tonight.… 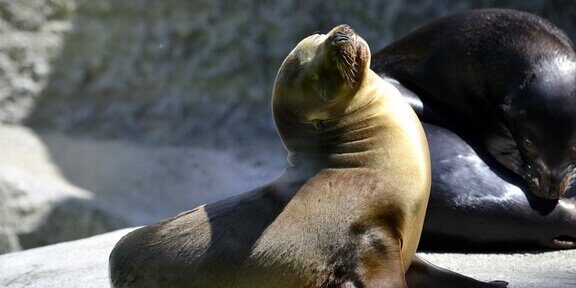 It's the coldest, largest desert of the world, but in growing numbers, tourists are making their way…

People with hepatitis C may have at least twice the risk of developing certain head and neck cancers. 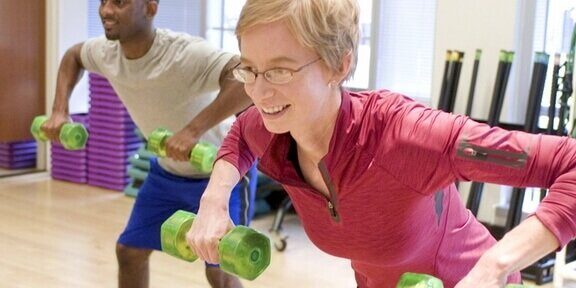 Talk to my doctor about getting my cholesterol checked if have a family history of heart problems. Talk… 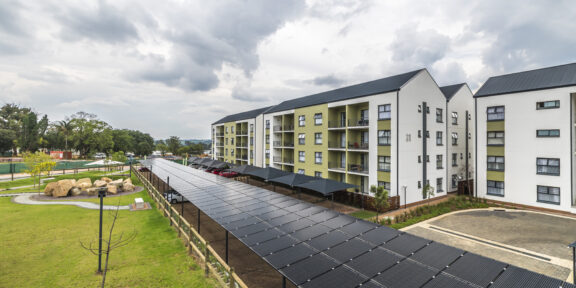 Tuesday, 23 August 2022 – JSE listed Balwin Properties is a developer that cares about environmentally…

Cantu to play in EuroCup

After originally pulling out of the EuroCup in July, Italian side Cantu have surprisingly decided to… 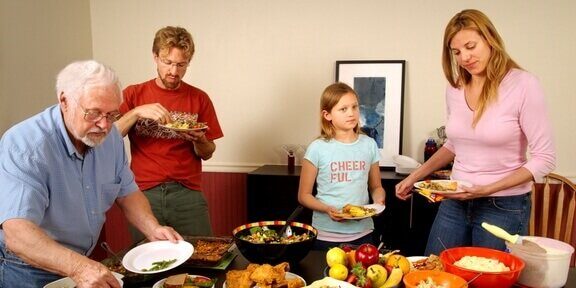 In a Health Home – Care Coordinator

Whether you’re a first-time…

Plascon has announced its 2nd annual…

Women In Wine – Ones To Watch