The Cape Winemakers Guild was born from a commitment to excellence that can only exist on its communities’ pillars and with a significant focus on social responsibility. It was a clear-cut direction in the aftermath of COVID 19 to put together an initiative from which the broader wine community can benefit.

In addition to the Guild’s annual Auction, which will be hosted live and online by the international auction house Bonhams on 3 October this year, the Guild will be holding a one-of-a-kind online Vinotheque Auction of past CWG Auction greats.

The winemakers of the Guild have donated all the wines for the Vinotheque Auction. The Guild’s objective is to raise funds to help fellow members assist those employed within their businesses who depend on an income from their work in the wine industry.

Provenance is paramount. The wines selected for the Vinotheque Auction have been kept in the CWG’s temperature and humidity controlled Vinotheque or carefully stored in the winemakers’ cellars since the Auction year.

The lots comprising six bottles of the same wine were tasted blind and selected by expert panels in July 2020. Those lots consisting of collections from different wines or vintages, were carefully chosen by their respective winemakers.

Wine lovers can look forward to a superb line-up of rare wines in limited quantities, some from winemakers who have retired from winemaking and will never have a wine on the CWG Auction ever again. These include past CWG Auction wines from Etienne le Riche, Kevin Arnold, Neil Ellis and Beyers Truter.

The Auction will offer buyers the opportunity to buy several vertical collections. Spoiled for choice, Chardonnay lovers can look forward to beautiful lots from the likes of Delaire Graff Estate, Paul Cluver Wines and Jordan Wine Estate. The Bartho Eksteen Vloekskoot Sauvignon Blanc on offer received Tim Atkin’s highest score internationally for a wooded Sauvignon Blanc. Chenin Blanc enthusiasts will not be left behind as this cultivar makes a graceful appearance, as does a fine collection of pot still Brandies from Boplaas.

This Auction will offer oenophiles the unique opportunity to get their hands on older gems like the Hartenberg Loam Hill Merlot 2005, Neil Ellis Auction Reserve 2005, and Villiera Terre Rouge 2005. In search of outstanding Swartland beauties, Mullineux brings bidders a lot comprising Mullineux Clairette Blanche 2015 and “The Gris” Semillon 2014.

The vertical collections will tempt any wine appreciator, and these include Ernie Els CWG (2011 – 2016), Kanonkop CWG Paul Sauer (2010 – 2015) and Rust en Vrede CWG Estate (2010 – 2015). Wrapping it up, no wine Auction will be complete without an elegant Méthode Cap Classique, and Silverthorn’s MCC’s never cease to impress.

The Auction will be hosted online on the Bonhams website from Friday 18 September 2020 and ends at 16:00 London time on Saturday, 3 October 2020. Bidders can continue to place bids for a period of two weeks.

There will also be a live and online Auction of the 2020 CWG Auction Wines on Saturday, 3 October 2020, on the Bonhams website, starting at 12:00 London time. This is the annual Nedbank CWG Auction of current auction vintages.

The catalogue and registrations for the Auction will open on 1 September 2020 on the Bonham’s website and bidders can sign up for a bidding account with Bonhams at any time. 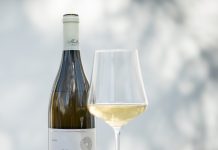 The Best of The Cape: Seeing Out The Summer Season in Style

Luxury Houseboats, Shayamanzi 1 & 11 are waiting for you to...