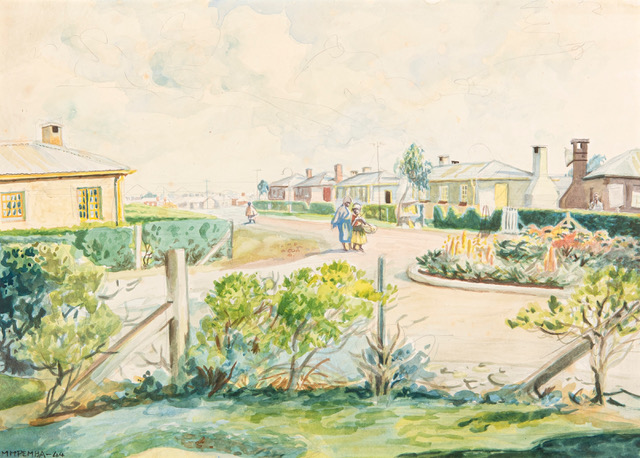 One of the auction’s highlights is a specially curated session by senior art specialist Ian  Hunter, who hails from the Eastern Cape and has been exposed to the province’s cultural exports from his time as a curator at the Ann Bryant National Gallery and lecturer in the area.

“The Eastern Cape helped form some of South Africa’s most prolific artists and authors. It is a region close to my heart ­– its Struggle history, distinct landscapes and rich indigenous culture contributed so much to our artistic and literary canon,” Hunter says. The session features artists such as George Pemba, Penny Siopis, Norman Catherine, Brian Bradshaw, Estelle Marais, Benjamin Coutouvidis, Helen Timms, Cecil Skotnes and Michael Hallier. 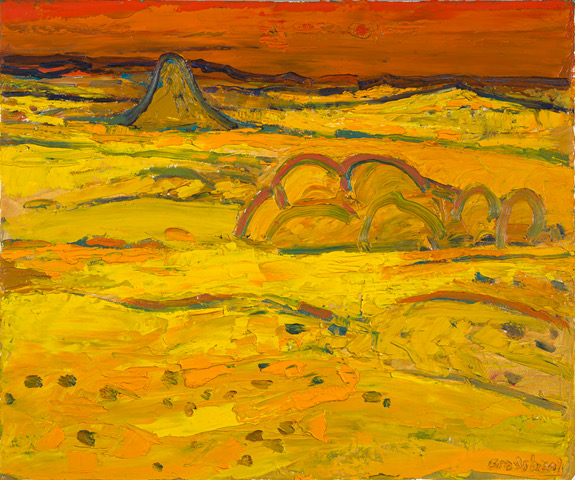 “The area people regard as the ‘heartland’ of the Eastern Cape art scene is usually Makahda, (formerly known as Grahamstown),” Hunter says.  “Highlights include artworks by the Grahamstown Group, an art movement led by Brian Bradshaw, who was a professor of Fine Art at Rhodes University during the 1960s. He was an interesting and at times, controversial figure in South African art history,” he adds.  “Although British-born Bradshaw’s style shared similarities with the so-called ‘kitchen sink realism’,  his combination of abstraction and realism brought a new kind of observation to South African art,” Hunter explains.

One of the standout lots of the Eastern Cape-focused session is an exuberant oil painting, Namib, an abstract landscape of the Namib desert painted in shades of rich ochre, saffron and flecks of cerulean blue. In this impressive landscape, Bradshaw punctuates the landforms with cloisonne-like indigo outlines and impasto brushstrokes. He contrasts this with colour fields of russet horizons and cadmium, sun-baked plains. 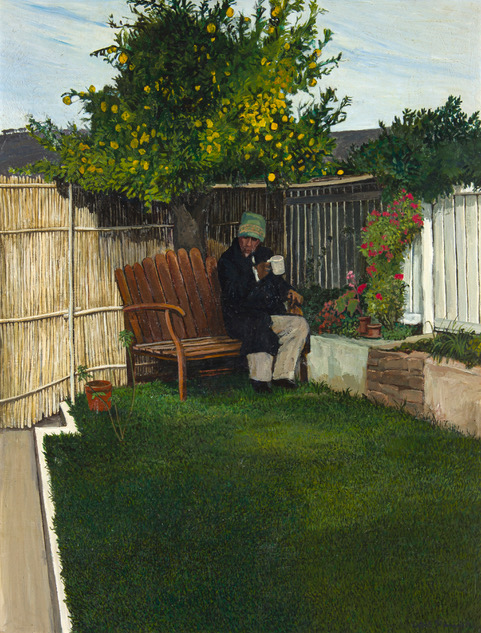 Another highlight is Rhodes master alumni Helen Timm’s Dividing the Land, a large-scale oil painting, executed in an expressive style, rich with texture and movement. The painting reveals a birds’ eye view of a South African settlement – Timm’s feverish brushstrokes animate the rich tapestry of dwellings and landscape in her unique painterly style.

Port Elizabeth also produced several stellar artists – one of the most notable is Black modernist, George Pemba. “A key lot in this session is New Brighton, an intimate watercolour of street life in Pemba’s home town,” Hunter says. Pemba drew inspiration from European realists Honoré-Victorin Daumier and Gustav Courbet and their unflinching depictions of class distinctions and social issues. But unlike the French-European realists’ Pemba recorded his own reality with dignity and pathos.

In New Brighton two female figures stroll through the streets of the then racially segregated township on Port Elizabeth’s outskirts (today Gqeberha). Despite the tragic history of forced removals by the Apartheid government and issues like poverty and suppression, there is almost a rural idyll to this watercolour by Pemba.

There are also two remarkable Anton Momberg sculptures going under the hammer. Momberg, who is considered one of South Africa’s most accomplished realist sculptors, studied at Port Elizabeth Technikon, gaining a Teacher’s Diploma in Fine Art, majoring in sculpture. Bella, a sculpture cast in polyester resin is a stylized nude of a young woman.

The sale also includes regular art auction stalwarts and perennials, with prints from William Kentridge, Walter Battiss, Georgina Gratrix, Peter Clarke, and JH Pierneef.  Pierneef, always a favourite, has two works in this sale including Hoenderhok, Meerlust, a charming linocut of a chicken coup in front of a gabled Cape Dutch farmhouse.

“Pierneef’s linocuts have been selling exceptionally well in the secondary market, reaching prices well above their estimated value. There is a clear growth in collectors’ interest in Pierneef, not just in South Africa, but internationally as well,” says Bina Genovese, a managing executive at Strauss & Co. “Our two Pierneef single-artist sales reflects this, we saw prices rising exponentially for amongst others, his linocuts,” she concludes. 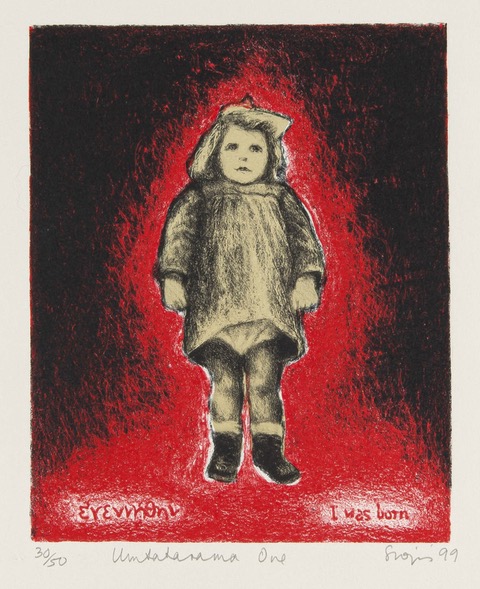 Strauss & Co’s August online-only sales presented by its decorative arts, wine and art departments all open for bidding on Monday, 22 August at 8.00am. The auctions close on  Monday, 29 August as follows:

Decorative Arts at 6pm (A Cape Country Collection, Silver, Furniture, Ceramics, Jewellery)
Wine at 7pm (Cape Heritage Wines)
Art at 8pm (19th Century, Modern, Post-War and Contemporary Art – with a Focus on artists linked to the Eastern Cape,  as well as a dedicated Welgemeend session  with all proceeds going towards preservation and conservation of Welgemeend Manor House in Cape Town.

Browse the auctions and register to bid: www.straussart.co.za. 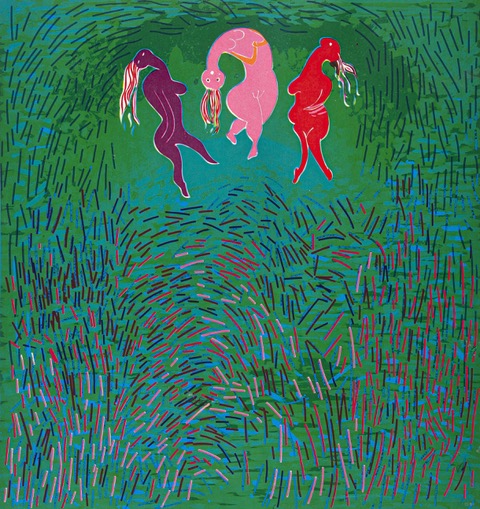 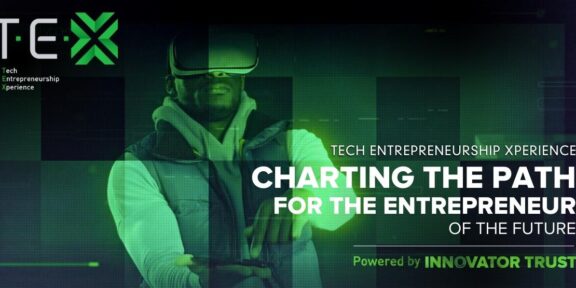 New Tech Entrepreneurship Xperience (T.E.X) Launches, Charting the Path for the Entrepreneur of the Future

In the spirit of giving back during the global pandemic #lockdown, the Caleo Foundation has launched… 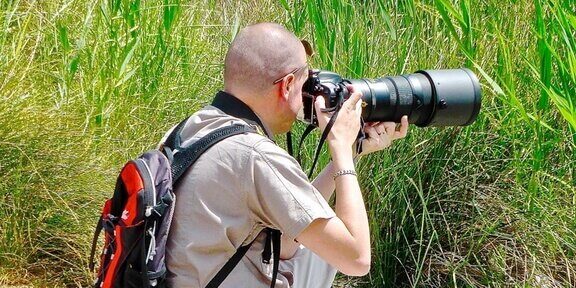 In art, technology changes but core skills remain the same

In art, technology changes but core skills remain the same. This is true in today’s entertainment…

Nike, Dangote, MTN, DSTV and GTBank ranked the most admired brands in Africa. WHO and MTN top list of… 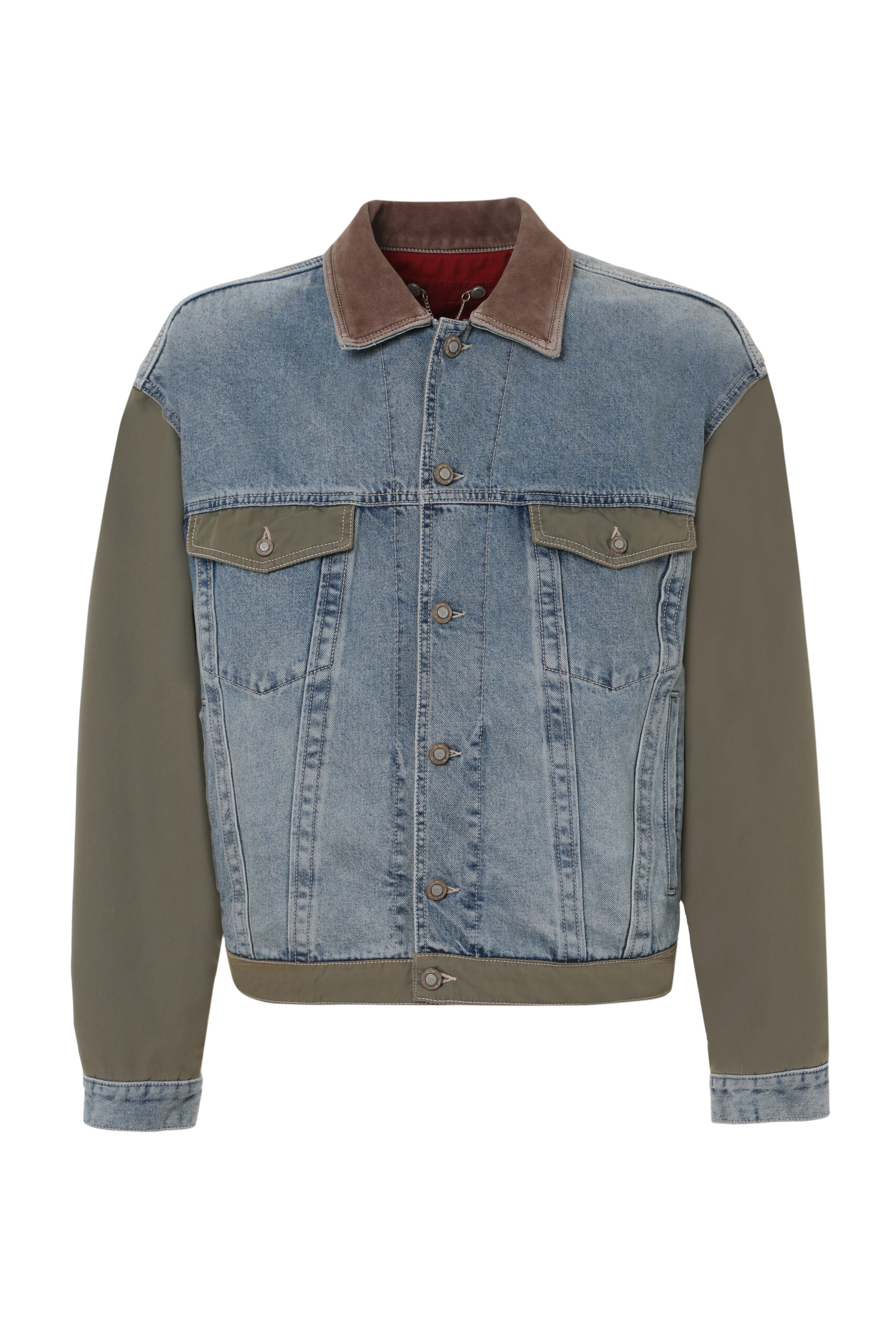 When Glenn Martens arrived at Diesel, its founder Renzo Rosso was working on a unique, temporal take…

Great pictures are the champagne of the… 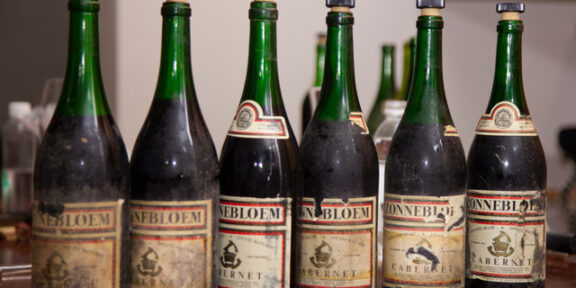